This article was first published in Funky Raw magazine issue 36.

Pellitory Of The Wall, Parietaria officinalis 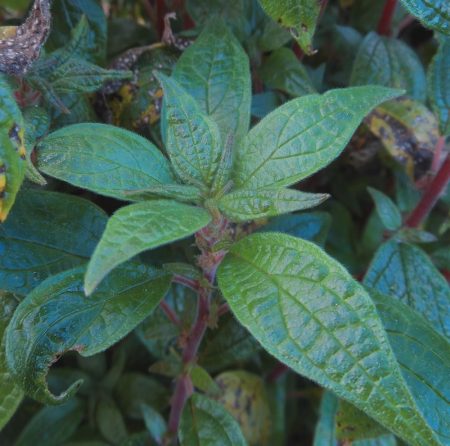 A couple of weeks ago I went on a wild food walk and discovered some new plants. Pellitory Of The Wall is in the Urticaceae family, that’s the same family as nettles. It has a hairy texture, actually one of it’s common names is sticky weed as it will sometimes stick to clothing, although it is nowhere near as sticky as cleavers which also has sticky weed as a common name. To be honest if I just put a leaf of this in my mouth I don’t like the rough texture, but mixed into salads with other wild greens it is not noticeable.
The pollen is known to cause allergies in some people, so careful if you are sensitive to pollen. 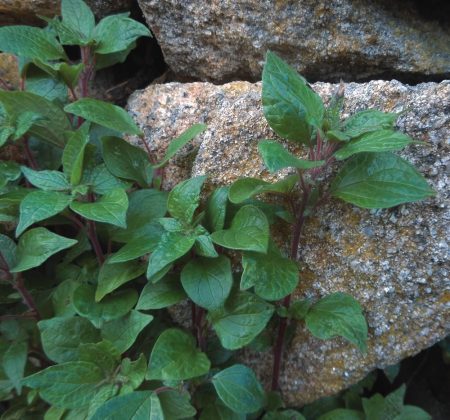 As you might have guessed from the name, you will often find this plant growing on walls – it grows on the side of our house!

The leaves are smallish so I pick the whole tops, the part which looks tender, the stem is also tender at the top.

This plant has been used for thousands of years as a medicinal plant for its diuretic action, to sooth chronic coughs (probably as a tea) and as a balm for wounds and burns.

One reference even says it is good for cleaning windows, I’ve not tried that yet!

I don’t quite know how I never knew this plant before, I’ve heard the name mentioned regularly but somehow I never met the plant until now. Maybe because it is a very small plant; I tend to go for larger leaves to make a good salad. Or maybe because the Portuguese name for this plant “pimpinela” caught my attention more than the English name!

Excuse the lines on my photo, it seemed like the best way to take a photo was put it on my notebook to get a clear view.

When I tried it, it had a nice flavour, a bit different to other wild greens and no bitter flavour, although according to Ken Fern of Plants for a Future “In the acid soil of our Cornish trial grounds, the leaves have a distinctly bitter flavour, though when the same plants were grown on a chalky soil they had a much milder flavour” and according to Wikipedia “Typically, the youngest leaves are used, as they tend to become bitter as they age.” 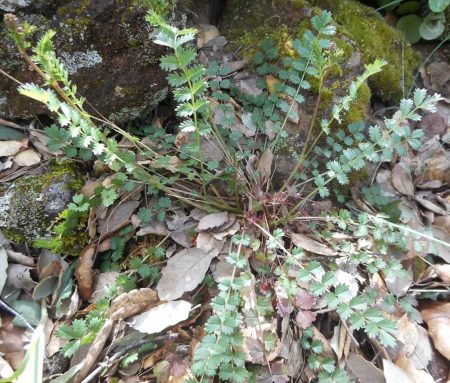