I’ve been busy getting the next Funky Raw magazine finished, but it’s done now and at the printers so maybe a bit more time for this blog now! Here’s a sneak preview, a book I reviewed which features in the magazine.

This is a novel, but also so much more than a novel. The idea behind the book is to spread channelled information in a format where positive information is a natural part of the story. Getting alternative information into popular culture, whether this be in the form of novels, films or music is something I’ve spoken with a few friends about in the past, so I was excited when I got a phone call about this book and was offered a copy to review. 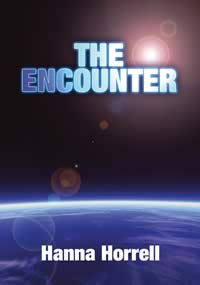 The story follows Carrie, an artist who is very psychically aware. She has been hearing voices for some time and finally meets the source of the voices, an alien being called Amos who gives her the task of bringing people together to spread light into the world. The story is woven around Carrie’s ability to channel information from alien beings and the ‘living library’ and the message of co-operation and moving forward in a positive way comes through very well. The story basically tries to include as many positive ideas as possible, including things like growing your own organic food, positive music, energy healing, etc.

None of this detracts from the story, which has lots of interest and sub plots to keep the reader engaged throughout.

In some places, too much irrelevant detail is given, especially for us raw fooders, the detail about what food was being cooked including lots of meat, was quite distracting. Surely people as highly evolved as the lead characters in this story would have worked out that at least vegetarianism was the way forward!

I really enjoyed this book and as I was coming to the last few pages I was thinking ‘I hope the sequel will be out soon’!

Highly recommended, and if there are any authors out there, read this book and then write your own which also includes messages about eating healthily!