Edit: This van is now sold.

If you’ve been following this blog for a while, you may remember this post where I told you all about the VW Camper van we bought and moved into. Well, five years later it is now time to sell the van. Unfortunately it is not in good condition any more and really needs someone who knows what they are doing to buy it and fix it up.

This van is currently in Portugal, but we will be driving it up to London in September ready to be sold (it is UK registered). As we won’t be in the UK for long I’d like to at least provisionally arrange the sale before we arrive.

I’ll list some of the major parts and their status:

The “rock and roll” bed is great, we find it very comfortable and fairly easy to set up. There is lots of cupboard space and storage space. Driver and passenger seats are “captains chairs” which swivel round to allow 4 people to sit around the table, and provide space to make the bed. There are two tables, a small one which is attached and easy to just lift up, or a larger one which is stowed away in the top bed area.

Seats 4 when driving (it has 4 seat belts), and sleeps 4, two on the main bed downstairs and 2 in the bed above which pulls out on runners, although it is designed for children, not for claustrophobic adults! The mattress for the upper bed is missing – we just use that top area for storage.

The layout is great with the kitchen at the back, which can be used even when the bed is out.

There is currently an 80 watt (at least, it might be 90 watt, I can’t remember) solar panel attached to the roof and a 1000 watt inverter which I am allowing for in the price, I could remove these if you don’t want them. This is connected to the two existing leisure batteries which power the lights, tap and 12v socket, and the inverter for using some mains powered equipment (we use it for a blender).

MOT until end of September. I’d prefer to sell it without a new MOT. The last few years it has cost around £1000 to put it through the MOT. If you want to buy it with an MOT I would be happy to sell it for £1000 extra and put it through the MOT for you. (Based on a firm sale with deposit, only cancelled and deposit returned if it can’t get an MOT or would cost too much to get an MOT)

Edit: This van is now sold. 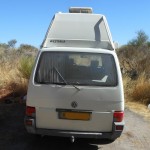 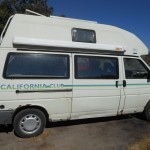 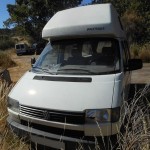 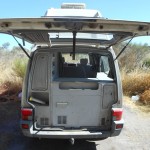 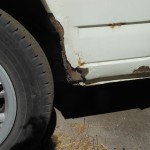 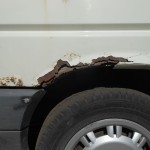 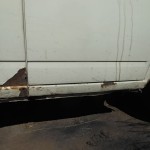 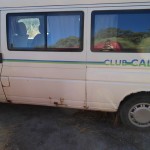 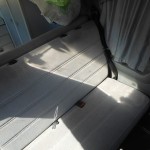 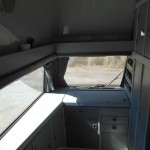 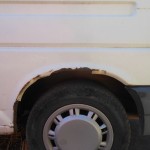 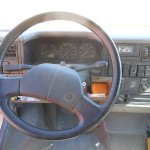 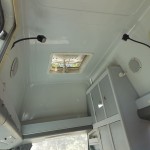 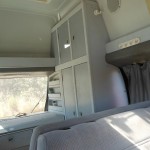 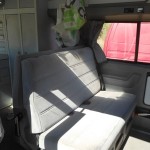 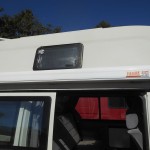 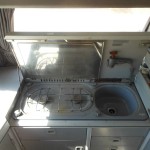 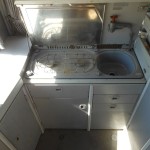 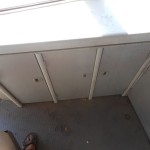 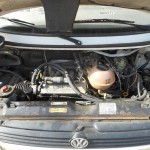